Just like humans, computers have their own languages, but sometimes they require a translator to correspond. Thankfully, engineers have built technologies that compensate for disparities in digital communication. We explore QAM and how it turns data into receivable signals to share information. Progressing into the latest standard of WiFi 6, current QAM technology can handle more data than ever before. How does QAM work and what does it mean for the future of home networking? 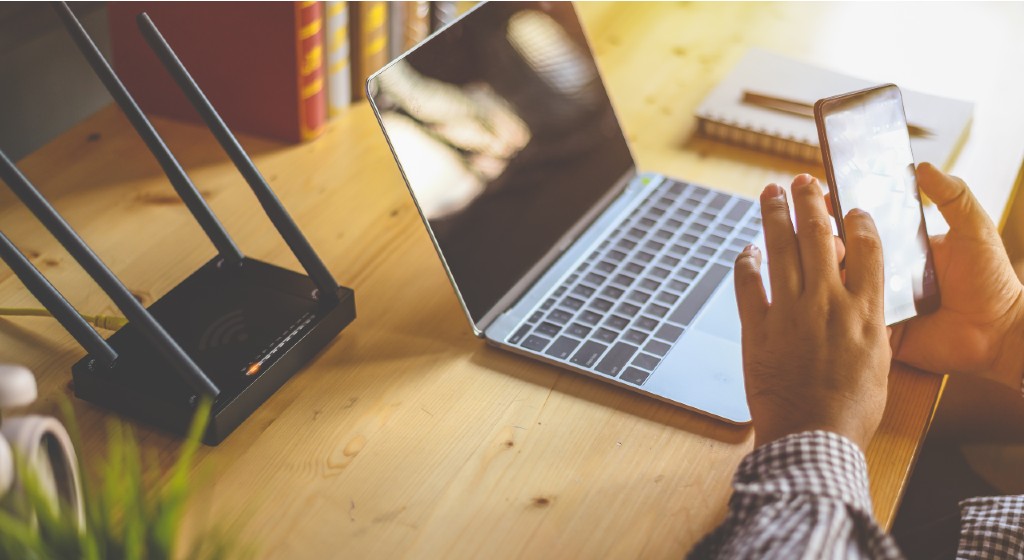 Quadrature amplitude modulation, pronounced "quam", is a method in which data is attached to radiofrequency waves to transmit information to a receiving device. Commonly found in modern radios like wireless routers, QAM modulation serves to translate digital packets into an analog signal that can wirelessly transfer data. It acts as a language between computers to assist in efficient communication.

Wireless networking devices have used 256QAM since the inception of WiFi 5, and the technology is sufficient for most homes. However, 1024QAM is one of the improvements introduced in WiFi 6, allowing for a slight boost in bandwidth utilization, especially for those with gigabit connections.

How does QAM work?

Digital information is coded into binary bits, and each bit needs to be understood clearly for devices to process the data being received. The QAM modulator takes these bits and organizes them into radio signals capable of being differentiated by a receiver. The term "quadrature" in QAM is similar to the term "orthogonal" in OFDMA; it means that each bit sequence is attached to a shifted radio frequency signal to remain distinguishable.

The process begins with an even number of binary bits fed into a QAM modulator, which separates them into two inputs. One set of bits is attached to an unshifted radio signal known as the in-phase signal, and the other to a shifted signal known as the quadrature signal. After the modulator's adjustments in phase and amplitude— oversimplified, timing and power— receivers are able to read each unit of information sequentially. Notice in the diagram below how the shifted signal (01) reaches its peak at a different timing than the unchanged signal (10).

It helps to think of signals as abiding to the similar laws of sound waves and human hearing. Consider the idea of music. Instead of listening to a pre-organized masterpiece from a professional composer, let's just take every note from every instrument in the composition and play them all at once. After this horrendous cacophony takes place, imagine being asked to accurately list each musical element. Even to the most trained ear, this is impossible. Sequencing signals is as necessary for computers as sequencing sound for humans.

With the horizontal axis signifying the in-phase signal and the vertical axis signifying the quadrature signal, constellation diagrams are a method of visualizing possible bit sequences (symbols). Placement for plots on these diagrams communicate the level of adjustment in amplitude and phase for each bit sequence: amplitude is measured in distance from the center intersection of the axes, while phase is measured in degrees shifted from the horizontal (in-phase) axis.

QAM specifications on radiofrequency devices are notated with a prefixed number, used to indicate the amount of mathematically possible outcomes for binary bit strings a QAM modulator can handle in a given data transmission. For example, a simple 4QAM (QPSK) modulator processes information two bits at a time. This means there are only four possible binary outcomes for the modulator to communicate: 00, 01, 10, and 11. Furthermore, 16QAM processes four bits at a time, causing 16 possible binary outcomes. This naming convention continues through the other QAM specifications, communicating the amount of binary data a modulator can handle calculated as 2 to the power of the number of bits per transmission. Basically, the higher the number, the more data that can be handled per modulation cycle.

The qualm with QAM range

As is the tradeoff with most networking technology, the benefits of faster speeds or superior data handling come at the cost of a decreased range of capability. Each advancement of QAM technology packs more readings tightly together in each quadrant of a constellation diagram, which shortens the distance between each point and creates a more delicate process for accurate interpretation. The margin of acceptable error shrinks incredibly as the amount of possible binary sequences increases. Quality transmissions become reliant on the stability of shorter distances.

Consider the metaphor of sound again. Imagine a party game in which a blindfolded player sits in the middle of a large room with guests spread to four corners— we never claimed this was a fun party— and every time a guest claps, the player must point to the guest who made the sound and call out their name. When there's only a few people, like the four possible outcomes in 4QAM, the QAM modulator can play the game pretty easily. The more people you pack into the game, however, the more closely a modulator needs to listen in order to point to the correct information.

As the world upgrades to the new WiFi 6 standard, the introduction of the latest QAM technology for wireless routers also emerges to the market. 1024QAM is a large improvement from the previous 256QAM in WiFi 5, quadrupling the data throughput per modulation cycle. However, with 1,024 people packed into the proverbial party room, this is a difficult task, especially with factors like background noise or other interferences. Maximizing the benefits of this improvement requires a stronger signal than any of QAM's previous iterations or a more sensitive receiver to pick up details of fainter signals.

This also means that more data is packed into each transmission, which makes for a higher risk, higher reward model than previous generations of QAM in home networking. Fewer packets mean fewer chances for collision. However, in the scenario a data collision were to occur, a 1024QAM would lose more data compared to a 256QAM. But considering the progress in stability from prior technologies and a 75% reduction in chances for collision, the adoption of this technology allows for an overall improvement.

As for the future of internet service providers, advancements in QAM technology will equate to more data transfer efficiency from point-to-point links, which can allow for more customers per link and even higher speeds per customer. As the market awaits the arrival of WiFi 6 devices, understanding how QAM technology works behind the scenes to translate data uncovers just how powerful this new standard can be.

For more information on QAM with a visual aid, we recommend this video by RF Elements.