Understanding the WiFi ping test: How to reduce lag on your home network

When analyzing WiFi speed test results, the ping measurement is often overshadowed by the focus on download speeds. However, ping determines the stability of real-time activities like gaming and video conferencing. Similar to the way in which distance, pit stops, and unexpected obstacles can delay vehicular traffic, network traffic is also subject road blocks between its starting point and destination. We take a look at ping in networking: what it is, how it affects WiFi performance, and how to reduce network lag. 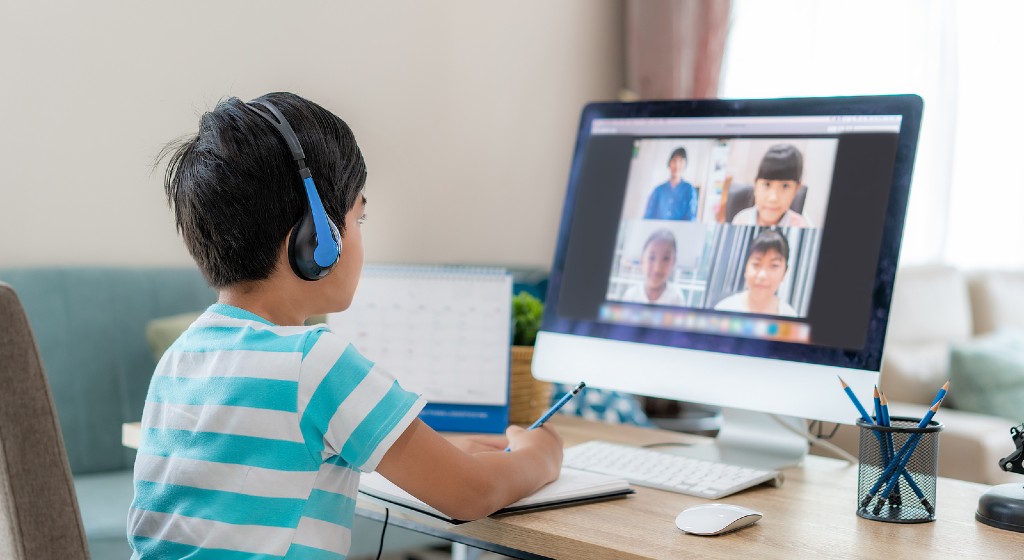 Named after the sound of sonar technology traditionally used in submarines for determining proximity, ping refers to the amount of time it takes for data to make a round trip from one computer's location to another. A WiFi ping test measures latency in milliseconds to inform a user of how long it takes for data to travel across the Internet and then back to its origin. Higher latency means slower loading times, and lower latency means faster loading times. Note that while the technical term is latency, both “ping” and “latency” are often used interchangeably.

Each time a user visits a website, the device makes a request to a web server residing some physical distance away. Data for these requests is sent in the form of packets. Geographical locations for web servers vary by company, and it takes a packet much longer to travel to a foreign site than it would to travel to a local website.

Some activities have pre-engineered precautions to inhibit the negative effects of latency; for example, video streaming services normally add a buffer for the next portion of video. Ping is especially vital when it comes to real-time activities like video calling and gaming. High levels of latency can cause video chats to become unstable and can also kick a player out of a game due to poor connection.

How to do a WiFi ping test

Many apps like Minim offer a speed test feature with a built-in ping measurement function. Users can also conduct an online speed test via a desktop or laptop. To access a more granular look at a connection to a specific service, users can open a command line terminal and complete the following:

Once the terminal is open, type ping <domain> and press Enter. For this example, we'll see how long it takes to ping google.com. Any valid domain will work, but it's preferable to ping the particular service you're trying to reach. 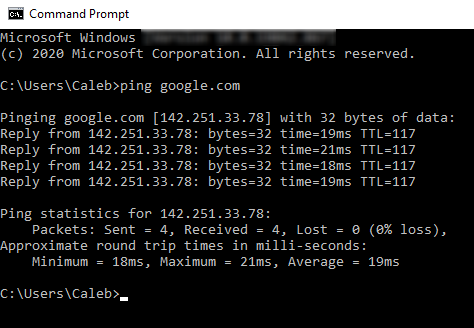 Screenshot of ping test from Windows terminal by author.

Computers send a ping packet to the domain and track how long it takes for that data to go back and forth between the initiating source and the destination web server. While the bytes represent the size of the data packet, the important measurement in this test is time. In this example, the average amount of time expended was around 19ms. Failure for any of these packets to complete their journey would suggest intermittent or no internet connectivity.

What is good ping?

In HP's detailed outline of common issues that cause poor ping, you can also find which ping range indicates a healthy connection:

Please note that these measurements describe optimal ping for broadband connections. Satellite internet connections average between 594-624ms of latency, and therefore, are not considered on this scale.

Most data requests made online do not take a straight path from one computer to another, and the physical distance between the source computer and the requested server can affect latency. This distance is increased by the amount of hops data packets travel. Instead of a Point A to Point B journey, it's more like Point A, B, C, D, E, & F, and then back the same way. In fact, you can see how many hops a ping packet is willing to make with the TTL (time-to-live) measurement in a ping test.

Every stop on your data's path to a server can be found with the tracert<domain> on Windows or traceroute <domain> on Linux and macOS.  As a general rule, more stops equate to higher latency. 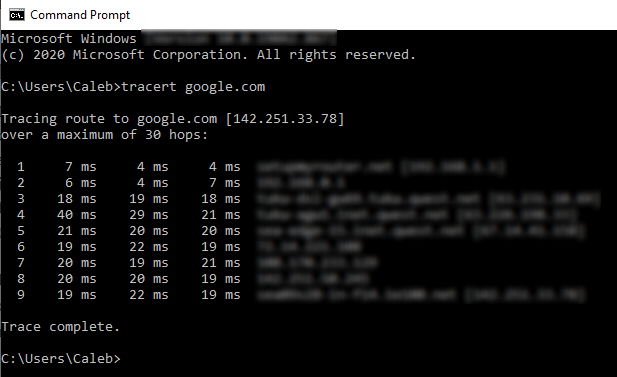 Screenshot of traceroute test from Windows terminal by author.

In the above example, a ping packet travels through eight different IP addresses before it finally reaches Google in the 9th destination. The command outputs an index of each location with three round-trip times measured in milliseconds.

Wireless signals are susceptible to the environmental factors. The number of devices on your network— as well as which kinds— can affect how well your data transfers to and from your router. For example, microwaves operate in the same frequency spectrum as a 2.4 GHz band in a router, so they've been known to cause interference. This can also include physical obstruction like thick walls and furniture, not just electronic interference.

How to improve ping

Although geographical distance isn’t within a user's scope of control, network hardware and setup are. Sequenced by ease of implementation, users can take the following steps to reduce latency:

Improving WiFi signal strength could be as simple as checking to make sure the device is connected to the best WiFi frequency band or that the router is in an optimal location. Disconnecting devices that aren't actively in use can also help to free up bandwidth and reduce signal pollution throughout a home or office.

Often, low ping is necessary for more demanding network activities, and tasks like these perform consistently better by connecting the wired ethernet cable directly to the router. Hardwiring your connection will give you a noticeable improvement in ping and often in speed depending on the hardware and service plan; it's also the most reliable method of connection. A cable running to your router may not be the prettiest thing, but your video quality sure will be.

Start with general network health improvement with the tips above first. If latency is still a recurring factor, it may be time to take a detailed look at your current hardware. Make sure your router is updated to the latest version of firmware. A router's old age could also be the reason for latency. Replacing a router shouldn’t be an impulse decision, however. Make sure to test all other possible latency culprits on your network before you plunge into investing in new hardware.

Other blogs you may enjoy