The many reasons for parental controls in the smart home

Today, technology drives almost every aspect of society and culture. We are living in what is known as the Digital Age, where human activity is governed in large part by the use of technology— including parenting. In the words of a mom on Twitter:

1985 Parent: punishes child by making them stay inside instead of playing outdoors.

2017 Parent: punishes child by making them go outside with no wifi.

This tweet is so true (and great)! In seriousness, though, there are many reasons as to why a parent may want to manage a child’s WiFi usage, including: safe content choices, better homework concentration, adequate bedtime hours, time out (a la the tweet), and quality family time. This week, I just came across another compelling perspective...

A recent study by researchers at San Diego State University and Florida State University found a positive correlation between long periods of device usage (screen time) and depression in adolescents.

The study looked at nationally representative samples of two separate age groups: Group 1 included 8th, 10th, and 12th graders and Group 2 included 9th through 12th graders. The study surveyed the students in these age groups once every year for 24 consecutive years (1991-2015). The results showed a drastic increase in depressive symptoms for adolescents, particularly females, during the 2010-2015 timespan. This increase in depressive symptoms was then shown to positively correlate with the hours of electronic device usage per day.

Parental controls in the smart home 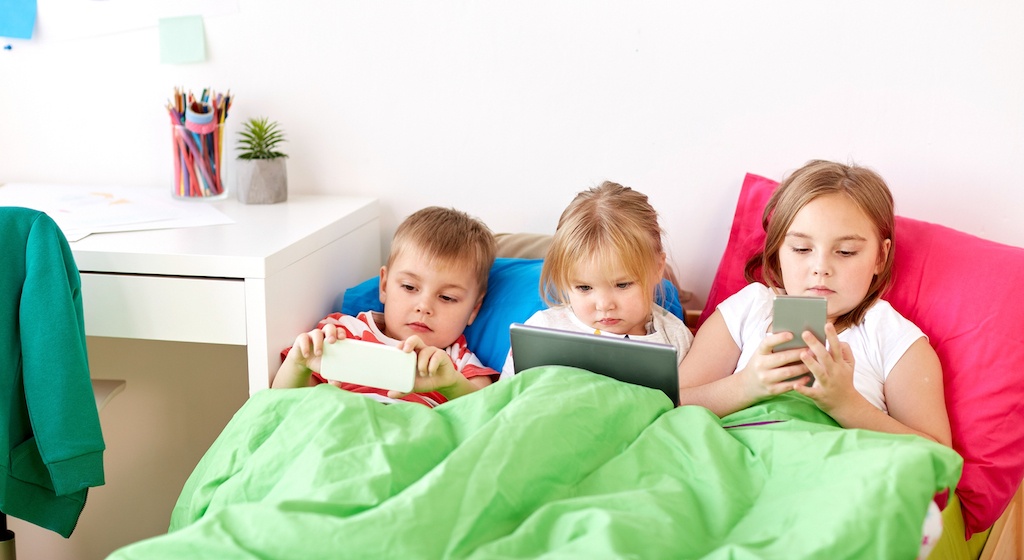 You’ve most likely heard of or used parental controls before. Many kinds of technologies such as video game consoles, computers, smartphones, and smart TVs incorporate parental controls as a feature for managing what content is accessed and for how long each day. Unfortunately, though, it’s getting increasingly complex for parents as the number of devices in homes increases; in 2017, homes had an average of 6 connected devices. This number will undoubtedly rise as the number of connected devices in households doubles (and then some) by 2020.

As Minim is on a mission to simplify home network security and management, parental controls is a key feature to our platform. We have the ability to deliver simple controls for all connected devices, in a single mobile app. In fact, a little insider information: Some Minim team members really wanted this functionality for their own homes. Here’s what we’ve released so far:

Rather than having to manually set and maintain these parental controls on each individual device in the home, you can manage all of them through our mobile app, anywhere and anytime.

Have any other ideas or requests? Tweet us @MinimSecure