The new WiFi 6 standard has some key differentiators from its predecessor, most notably surrounding WiFi 6 vs WiFi 5 speed.  And when it comes to range, even more factors come into play: router placement, band choice, usability over distances, etc. For those considering the upgrade, here’s what you should know. 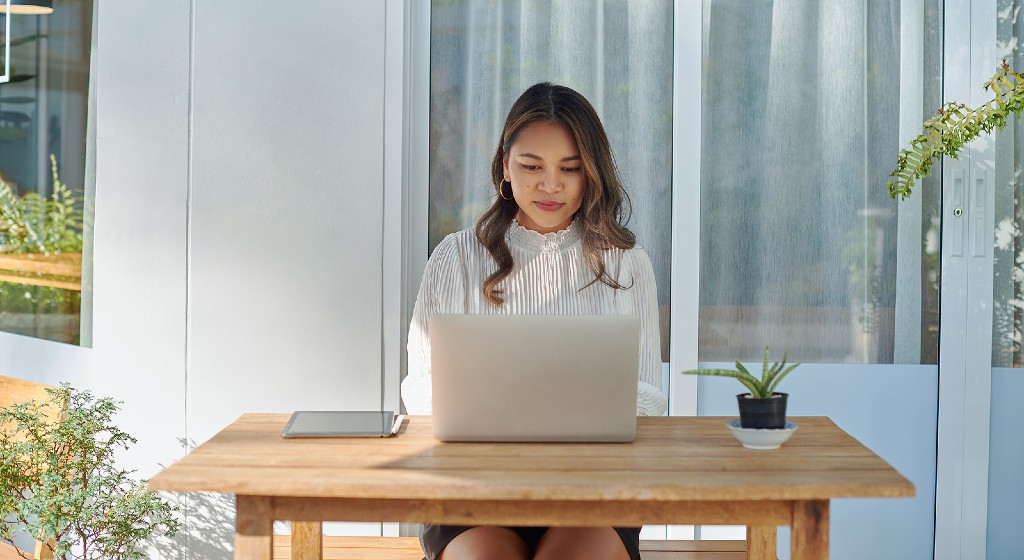 Many apps, like Minim, can perform a WiFi signal strength test to measure the efficiency of your signal in dBm. The scale falls between -30 dBm (perfect connection) to -90 dBm (no connection), with the minimum reliable signal strength at -67 dBm. These measurements help determine if the placement of your devices is not only within range, but also conducive to a healthy network strength for optimal data transfer.

Aside from physical obstructions around your router, another range factor includes the amount of power your router uses to push a signal and the power of the client device. As a general rule, more power equates to a stronger signal and better range.

WiFi 6 vs WiFi 5 range: Does WiFi 6 have better range?

Technically, WiFi 6 has better range than WiFi 5 because WiFi 5 only runs on the 5GHz band, while WiFi 6 is capable of running on both the 5GHz and 2.4GHz bands. This means WiFi 5 capable routers still use the WiFi 4 protocol for long-range reach. There are general speculations that WiFi 6 has slightly better range due to its enhanced beamforming, but the true advantage of WiFi 6 is its strengthened performance at further distances, particularly the signal's inner edge.

In previous WiFi standards, usability deteriorated significantly at the edge of network perimeters. Basically, the closer you got to the edge of your range, the sooner your data transfer rates dropped, rendering the last few feet unusable anyway. WiFi 6 helps the edges of your network feel more navigable and your range feels larger as a consequence of the stability.

When PCMag tested WiFi 6 routers on the 2.4GHz band, throughput speeds increased up to 45% for WiFi 6 capable devices, both at close proximity and a 30-foot distance. Speeds were still high for the WiFi 5 routers, but WiFi 6 devices performed better 4 out of 6 times with a WiFi 6 router. As a general rule, pairing client devices and routers with the same WiFi standard yielded the best results, with the exception of the 5GHz band favoring WiFi 6 routers.

What about WiFi 6E?

The new WiFi 6E speed stems from its high-frequency 6GHz band for gigabit performance, but the incredible data transfer rate comes at the cost of a shorter range. Wavelengths in higher frequency bands cover shorter distances, meaning the coverage won't extend as far as the 2.4GHz band. Moreover, even though the FCC has allowed unlicensed use of the 6GHz airwaves indoors, there are still licensed users of the spectrum. This means that WiFi 6E routers will be restricted by "automated frequency control" to keep them from interfering with outdoor 6GHz broadcast signals, and the short-range superhero will be best utilized indoors.

How do I increase my WiFi range?

Before hurrying to expand your network with new hardware, try some of these quick tips on how to improve your WiFi signal to make the most of your network setup:

Following these tips will ensure your signal reaches as far as it possibly can. A central router location spreads signal throughout as much of your home as possible, elevating your router utilizes its downward signals, and avoiding other electronics that could cause interference keeps your signals clean. Moreover, if you have too many devices interfering with each other on poorly spaced WiFi channels or simply commandeering too much bandwidth, your range will start to suffer. For more insight on improving WiFi signal, this article from CNet is another great resource.

If the 2.4GHz channel of your router isn't enough range by itself, consider weighing the costs and benefits of WiFi extenders vs. mesh networks. These types of hardware increase the signal range of your network. Both are a valid option if you're looking to increase the square footage of your network coverage, but each option has its own benefits and drawbacks.

WiFi extenders can be placed further from your router to rebroadcast the signal it receives and manage network traffic as a mediator. Many people enjoy them since they're a more inexpensive option compared to mesh networks, but the savings comes at a price. Devices recognize the extender as a separate network, so you'll have to manually switch between the router and the extender depending on your proximity. They're also not designed for larger, multi-floored homes, and some users run into issues with configuration.

While mesh networks are more costly, the reward can be a WiFi network that covers up to 9,000 square feet. The network nodes merge to create a single WiFi network, and devices will switch automatically to the optimal node as you move. Setup is simple and many come with mobile apps for network customization. The only downside is the higher cost; for this reason, single-floor homes with less square footage might be better off with a WiFi extender.

For visual representations and a comparison of extenders to mesh networks, try this video from Techquickie.

Arguably, WiFi 6 does have better range because of its beamforming and reliability at further distances than its predecessors, but there's no definitive measurement as to how much further your new WiFi 6 router will reach. Everyone's experience with WiFi range is circumstantial based on the individual variables in each user's home. Understanding your home's infrastructure, electronics layout, and individual device capabilities will be the best toolset in ensuring a consistent WiFi signal.